Private visit to the HM Belfast- and shooting the cannon that fired the first shot from the water on DDay, Hidden subways- where many of our favorite movies were filmed, private visit to the Churchill War Rooms, walking the rooftops of Hampton Court, private visit to Windsor Castle’s Chapel(with a view of the never open to the public Albert Chapel), preopening visit to
Highclere Castle, private meeting with the head of the Royal Guards at Windsor, the list is far too long to name all of the choices Noteworthy offers in Grest Britain. 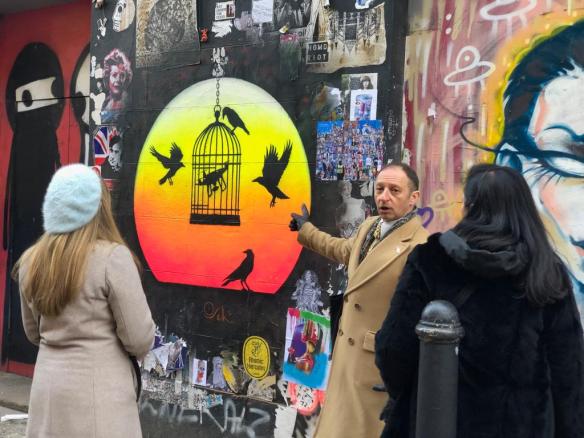 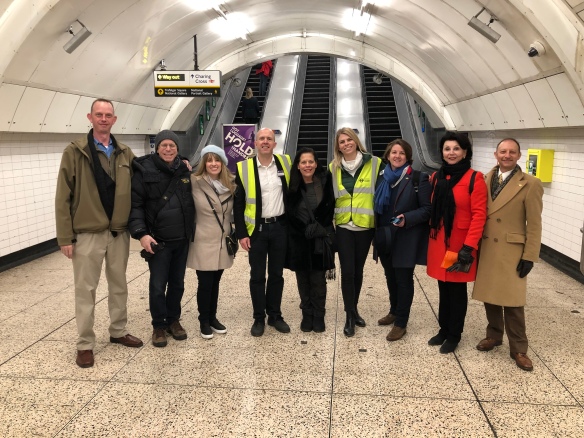 The ultimate tour designer, Noteworthy, has added Paris to it’s repertoire.
Always known for top guides and imaginative touring, we were blown away by the insider knowledge of our guides and special entrances in Paris. Fast track Louvre and behind doors at the Sacre Cour were just a drop in the bucket to what Noteworthy can offer clients in Paris and London. It is all about their personal connections and the access is brilliant. Most importantly their activities are FUN! We never stopped laughing.

Laulhere is the last great Beret shop in the city, totally dedicated to making the hat most identified with France. We were treated to a beret making demonstration and got to choose a beret for ourselves. Typical clever noteworthy experience. 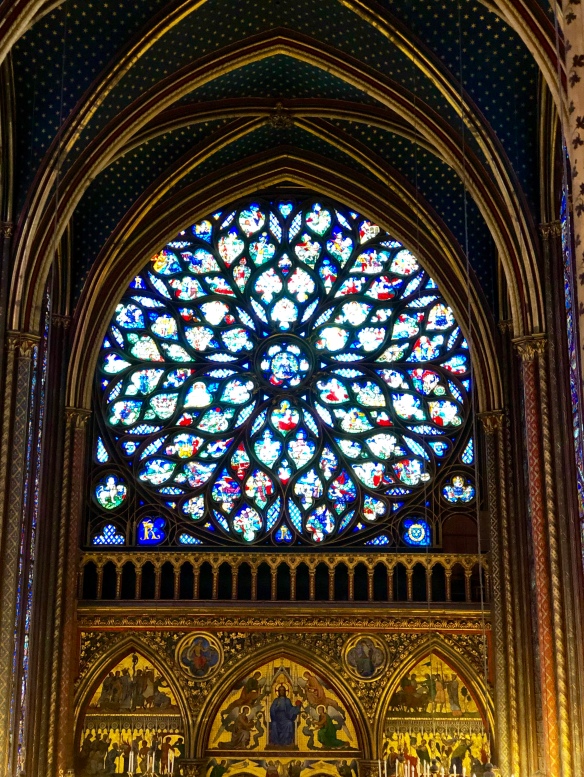 Rose Window Saint Chapelle. From the top of the altar 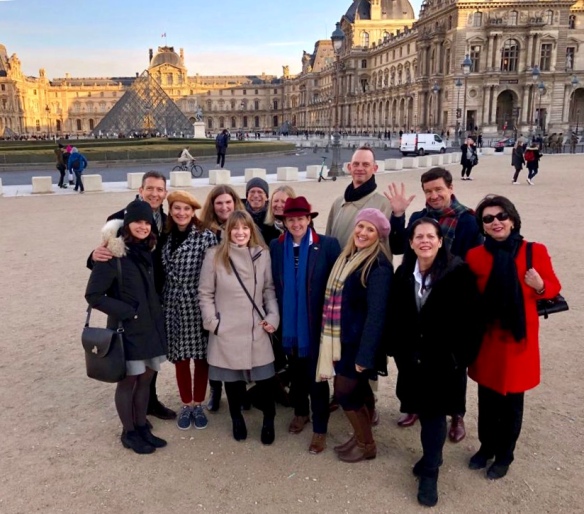 Zipped into the Louvre- no wait

Michelin starred chef Heinz Beck has announced he will return to London next month with his much anticipated new restaurant Beck at Brown’s, launching on Monday 16th April. Opening in the heart of Mayfair at the iconic Brown’s hotel, the restaurant, freshly redesigned by Olga Polizzi, will offer a brand-new casual dining menu of classic Italian dishes, reinvented using the finest seasonal British ingredients, uniting Heinz’s inimitable style with the hotel’s British heritage and careful balance of classic elegance and contemporary flair.
Beck at Brown’s comes to Mayfair on the heels of Beck’s hugely successful takeover of the space last December as part of the hotel’s celebration of Italian conviviality where he took up residence alongside drinks maestro Salvatore Calabrese. The restaurant will have, at its epicentre, Heinz’s Italian pedigree, refined over his years running kitchens in Rome, in the lauded La Pergola and Attimi- his recently opened more casual outpost. With a focus on a light, healthy menu featuring the highest quality produce – with Norfolk chicken and lamb from the organic Rhug estate. Each dish is crafted by Heinz to create a hearty Italian menu perfect for a swift lunch, formal dinner or private party. Beck at Brown’s brings dishes from throughout Italy, showcasing the diversity in cooking techniques throughout the country, from the hearty meat and fish dishes found in the mountainous north to the fresh citrusy flavours in the sun-drenched south. Copy courtesy of Brown’s Hotel press Department.

Noteworthy -Destination Management Company Extraordinaire!
Blessed with unparalleled access to all things British, Susie Worthy and Nicola Butler can plan and execute almost anything a client could dream- with the exception of a private wedding at St. Paul’s Cathedral or Tea with Queen Elizabeth. We had the most spectacular experience with Noteworthy this past week, surprise after delightful surprise. From our private visit to Highclere Castle, walking on the rooftop of Hampton Court, a pre opening visit to Winston Churchill’s War Rooms- even sitting in the great man’s chair, a walk up the back staircase in St. Paul’s to see the camera view for Diana and Charles wedding of the century, to a private visit to Prince Charles garden at Highgrove. The topper was our own personal dinner at the Tower of London – ending with the ceremony of the Keys. 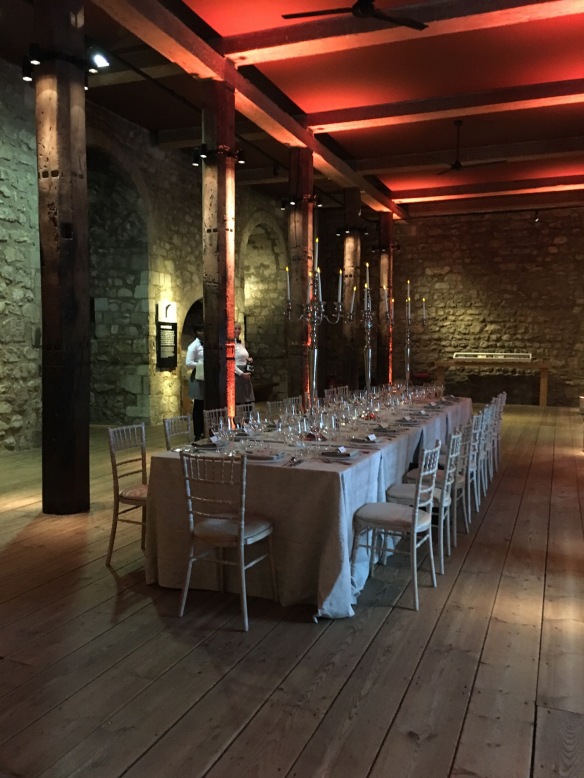 Magnificent table in the Tower of London

Back staircase at St. Paul’s Cathedral

Highclere Castle – our own personal visit 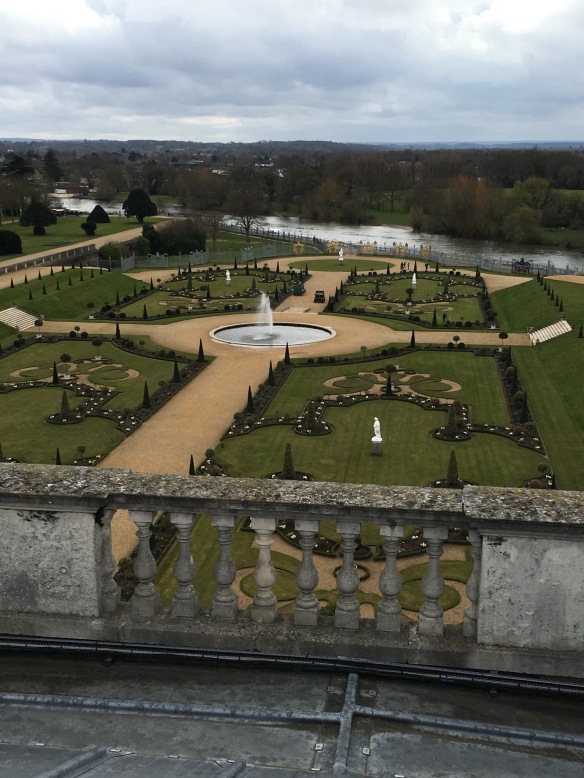 View from the rooftop of Hampton Court 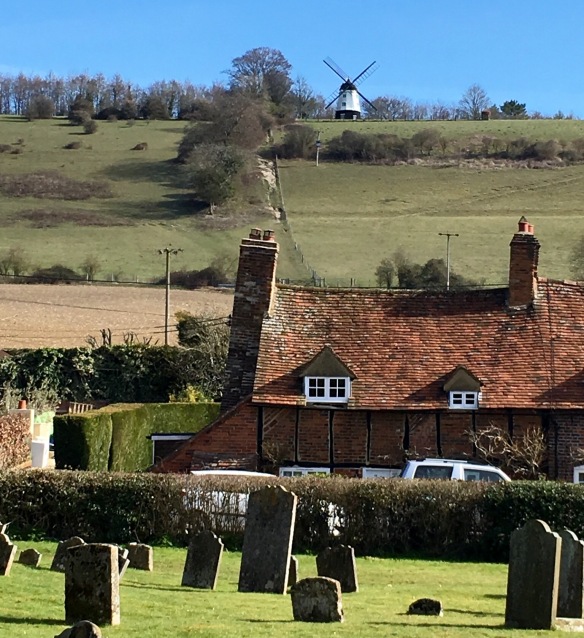 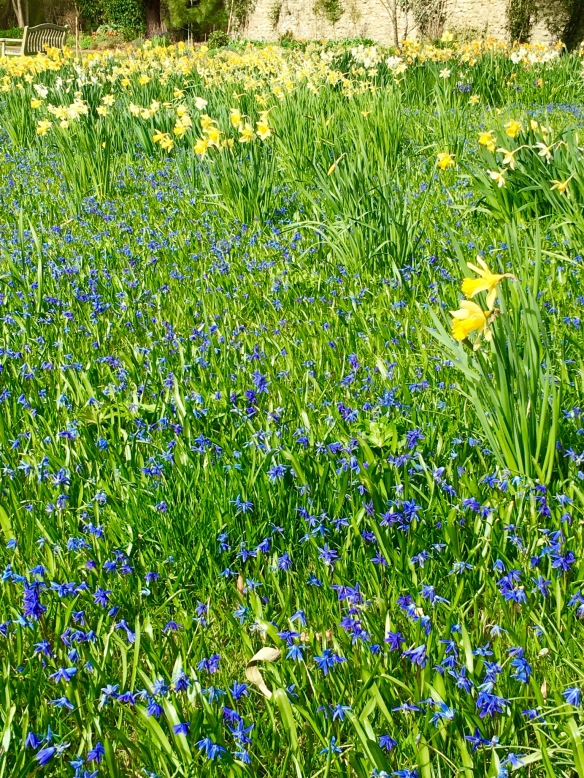 So many wonderful destination choices in the British countryside. Oxford, the Cotswolds,
Chiltern valley, Windsor Castle, Blenheim Palace, Bath, Stonehenge, Highclere Castle, the list goes on and on. We chose to stay in the country at Cliveden House and we based our exploration there. Spring is just about to bloom and the countryside is glorius!!

Tea at the Connaught – highly recommended as one of the best, I have to agree. The other top options are Claridges., Milestone, Dorchester and the venerable Ritz. The Connaught
has a beautiful curved room entirely banked with windows and full blown blue hydrangeas lining the window boxes. Tea starts with finger sandwiches and then a tiered tea tray, stacked with pastries and sweets is served. Take away boxes are usual. Connaught also has a fabulous bar.

Catherine Whitworth has spent 18 years in the travel industry, over 3 of those with the Brownell team. She has specialized for many years in Africa, Southeast Asia, India, and Paris. Catherine has a particular love for France, as she lived in Paris every summer for several years on Isle St. Louis.

Catherine is passionate about travel and loves the excitement of sharing her personal experiences—whether that is a restaurant recommendation, activity suggestion, or even sharing her favorite places to shop. She aims to give every client an unforgettable experience with the biggest “bang” for their buck. She wants her clients to have insider, private, and “out of the way” travel experiences that will form memories of a lifetime.

If you are interested in planning a honeymoon, family vacation, celebration, negotiating with a resort for a destination wedding, or independent travel, please go to contact me on the menu list.