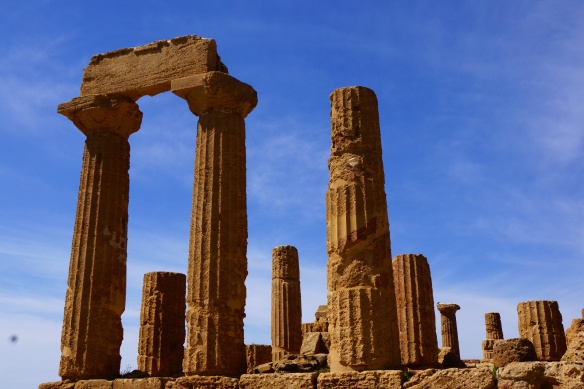 Modern Agrigento used to be the Greek city of Akragas, a colony of settlers mainly from Rhodes and Crete who, having initially settled in Gela, decided to move west, partly because the land in the area was ideal for cultivating olives, and grapes. The city, founded in 582 BC, soon became prosperous and, in its glory days, was one of the most important and most culturally-advanced Greek cities in the Mediterranean. Considered the 4th largest city in the ancient world.