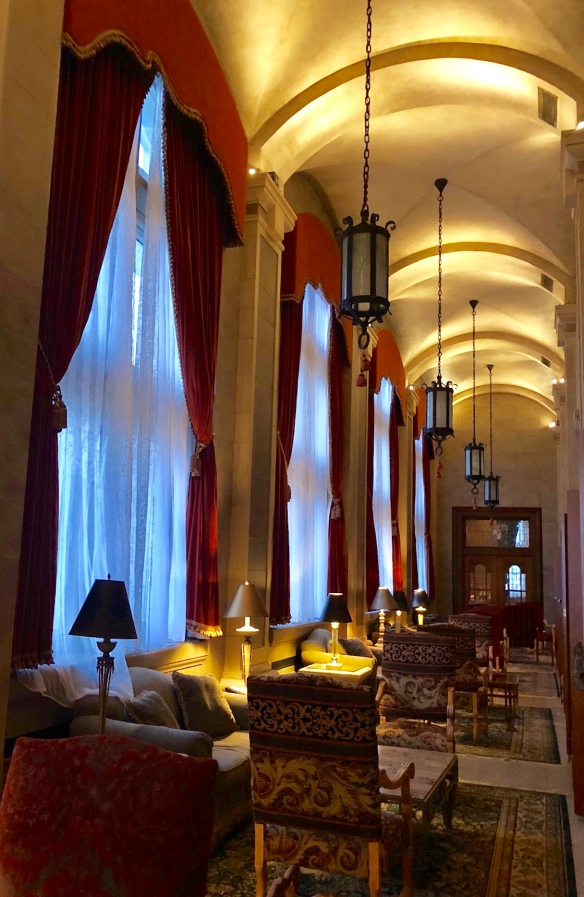 Winnipeg was founded in the late 1700’s as a fur trading outpost. The city’s name came from nearby lake Winnipeg, a Cree word meaning muddy water. The Hudson Bay company settled there in the early 1800’s and established several forts-the last one being Fort Garry. Winnipeg was a railway hub and considered a major trading center,until the Panama Canal redirected trade. The train station was designed by the architect of New York’s Grand Central Station. We fly North by charter to Churchill, Manitoba. Churchill is on the Hudson Bsy. The major tribes in the Churchill area of were the Cree, Sayisi Dene, the Inuit and Metis.
Natural Habitat Adventures has set up headquarters at the hotel and there is where we pick up our heavy boots and Parkas

Superduper parka and boots supplied by Nat Hab in Winnipeg